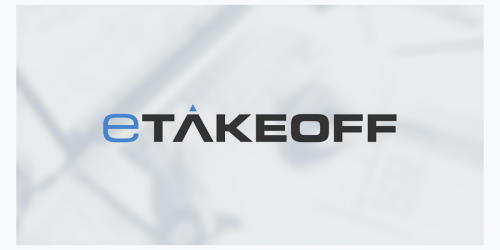 Original article from eTakeoff can be found here.

In this 2017 article, authored by Walt Davis of Sage, Walt spoke with Nick Papadopolous, CEO of estimating and benchmarking technology consultant for Eos Group, to discuss construction estimating trends to watch. It got us thinking about what has and hasn’t changed over the past four years. So, we caught up with Nick to ask him to revisit 2017 trends and update his insights for 2021.

BIM and the twin
In 2017, Nick credited BIM processes and automated quantity extraction as helping create an explosion of data. By combining historical data with external information such as cost indexes, estimate development can be accelerated, validated, and improved. “It’s essentially the beginning of Big Data use for estimating,” Nick said. “Big-data-driven, decision-support systems will be common in the coming years.”

In 2021, data explosion is no longer a trend. As a byproduct of automation, huge data sets are a permanent reality. In the AEC space, BIM is still responsible for creating much of that data. Nick sees a newer trend gaining traction in 2021 — the digital twin. While BIM focuses on a building’s design and construction, a digital twin models the building’s ongoing operations and maintenance. Smart sensors in the building feed the twin real-time information. The goal is to understand how the daily operations affect the structure and use this information for informed decision-making. “Think of a digital twin as BIM with intelligence,” says Nick. “A digital twin is really a bridge between the digital and physical world and it creates a tremendous volume of data. AEC vendors including Autodesk and Bentley are investing heavily in digital twin solutions.”

2D strategy in a 3D world
Nick spoke about the accelerating shift from spreadsheets to visual estimating tools, including using 2D and 3D electronic plans for takeoffs. What’s just as true today as it was in 2017, though, is that estimating remains primarily 2D. While BIM is in wide usage by architectural firms for design and visualization, a minority of estimators today are performing quantity takeoff using BIM takeoff tools. In addition, very few contractors will use BIM exclusively in the estimating process, for one simple reason. “3D BIM models, when they’re available to estimators, are helpful, but they still do not contain all the data estimators need,” Nick says. “Estimators will continue to rely on 2D plans and complement that information with what’s usable in the 3D models.”

The continuing importance of a 2D strategy in a 3D world cannot be overstated. “It’s vital for contractors to work to optimize estimating in 2D — until 3D BIM Models provide estimators with all the information they need,” Nick notes.

Nick sees new technologies emerging that will help automate 2D estimating. “Before, it took a human estimator to recognize a door on the plans, for example. With the advent of advanced pattern-detection algorithms, takeoff software can now recognize and count doors and other drawing symbols. Until now, though, not much has been done to enhance the measuring tools in takeoff software. But new advances in AI and snap technology allow takeoff software to detect PDF drawing points, lines and polylines, even making logical connections between them. This can dramatically shorten the 2D takeoff process and at the same time make it much more accurate.”

Making smart use of data
When contractors can easily access and make sense of the volumes of data available, they can make smarter, faster decisions. For estimators, this data will include cost and quantity metrics. Nick sees a trend toward using this data beyond the initial estimating process.

Armed with historical data from their estimates and projects, contractors can also respond more quickly and more strategically to new business opportunities. “Estimators can use historical price and quantity data to pull together budgetary numbers quickly,” Nick says. “By reducing the cost and time it takes to respond to opportunities, contractors can respond to — and hopefully win — more new projects.”

Making smart use of the data can also help contractors demonstrate their value earlier in the project. “If you consistently quantify structural steel, you can identify patterns, such as the number of pounds of steel per square foot,” Nick explains. “Estimators can use that information to quickly spot anomalies, informing the project team early on and offering greater value to the owner.”

The more things change…
It seems like everything changed this past year. But for estimators, the landscape remains broadly similar to that of 2017. BIM continues to gain traction and while 3D models have a valuable place in estimating, they still lack critical information the estimator needs. 2D will retain its stronghold well into the future. We can now collect and analyze using visual estimating and takeoff tools with tangible and quantifiable value, helping contractors demonstrate their value before the first shovel hits the dirt.

Any cookies that may not be particularly necessary for the website to function and is used specifically to collect user personal data via analytics, ads, other embedded contents are termed as non-necessary cookies. It is mandatory to procure user consent prior to running these cookies on your website.