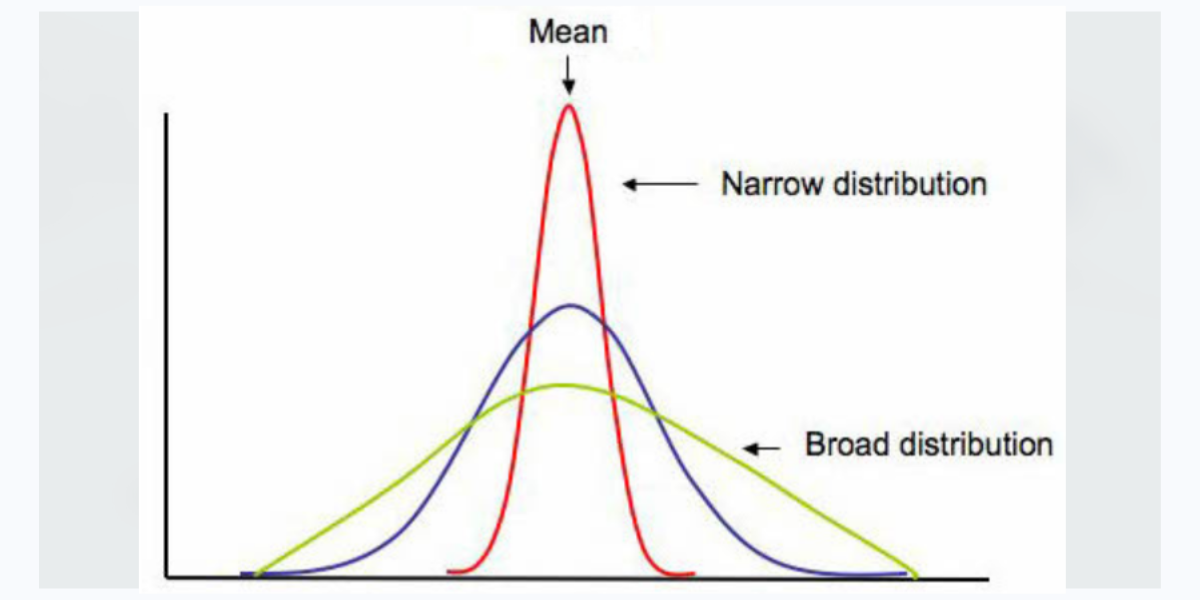 Standard deviation can be invaluable for understanding the distribution of a data collection. But why should you care?

Well, one reason you might care is if you want to understand the relationship between the data points. You might care if you think the collection of data is mostly the same or if there are wild variations in the data.

If the data are mostly the same, you may have a higher confidence using the average (mean) value. Conversely, if there are wild swings in the data, you might be more cautious and spend some time studying the data further before you make a decision.

For example, suppose we analyzed a collection of ten projects where the average cost was $25M and the standard deviation was $1M. This suggests the ten projects were all pretty close to the $25M average and that a future similar project cost could reasonably be forecasted at $25M. Your confidence level is relatively high given the narrow distribution and low standard deviation of 4% (1/25).

Now suppose we analyzed a collection of ten projects where the average cost was $25M and the standard deviation was $12M. This suggests some projects were significantly less or more than $25M. The data has a broad distribution; the data are further apart compared to the previous example. Forecasting a future project around $25M suggests caution and further analysis given the significant standard deviation value of 48% (12/25).

Consider adding standard deviation to your arsenal if you plan to lean on your historical data to make better decisions, analyze data distributions, and gain insights into risk, uncertainty, and confidence.

Then and There vs. Here and Now—Factoring for Time and Place

This website uses cookies to improve your experience while you navigate through the website. Out of these cookies, the cookies that are categorized as necessary are stored on your browser as they are essential for the working of basic functionalities of the website. We also use third-party cookies that help us analyze and understand how you use this website. These cookies will be stored in your browser only with your consent. You also have the option to opt-out of these cookies. But opting out of some of these cookies may have an effect on your browsing experience.
Necessary Always Enabled
Necessary cookies are absolutely essential for the website to function properly. This category only includes cookies that ensures basic functionalities and security features of the website. These cookies do not store any personal information.
Non-necessary
Any cookies that may not be particularly necessary for the website to function and is used specifically to collect user personal data via analytics, ads, other embedded contents are termed as non-necessary cookies. It is mandatory to procure user consent prior to running these cookies on your website.
SAVE & ACCEPT